Back in 2010 European Commission released EUROPE 2020 strategy, and one of the visions of it was to make European Union one of the smartest and most competitive regions in the world. Many Baltic Sea Region countries are already among the most competitive in the world, Nordic countries and Germany being the leading inventor countries with high research and development (R&D) intensity, while regions in Latvia and Poland lag significantly. Similar picture is with another important innovation factor – patent registration to the European Patent Office – top applicants are the Nordic countries. And, although new trademark registrations within European Union has increased essentially in the last years, disparity between leading regions and developing regions is immense.

At the end of February Vidzeme Planning Region organised Vidzeme Innovation Conference as part of Vidzeme Innovation Week, where representative of ‘GoSmart BSR’ project partner, Dr. Jan Wedemeier from Hamburg Institute of International Economics (Germany), talked about European and Baltic Sea tendencies of economic and innovation development and introduced the project and its potential for strengthening innovation capacity of SMEs. 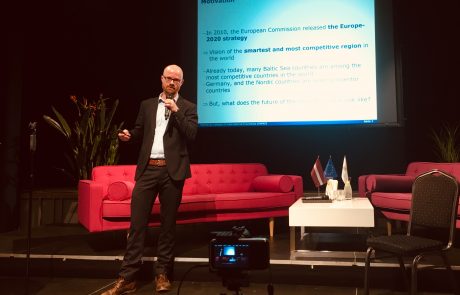 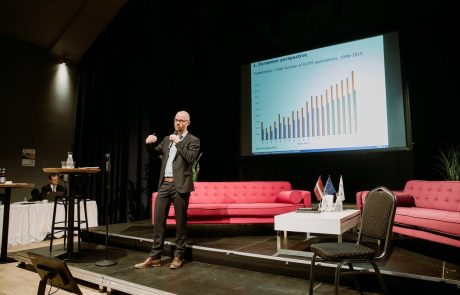 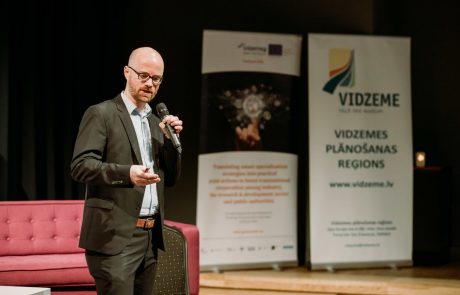 During his speech Dr.J.Wedemeier draw attention to the fact that most likely only few countries might reach the target of GDP expenditure on R&D set in Europe 2020 strategy. And although, there is an increase in investments for innovations for countries like Latvia and Estonia, it is not very likely that targets will be met, therefore there is a need for additional investments to be able to catch-up with other EU member states.

As Dr.J.Wedemeier pointed out, creative economy is a specific field of innovation. The most successful countries are those that are particularly focused on idea-producing industries. Creative economy has become increasingly important as it is part of the innovation process, and Nordic countries (i.e. Sweden, Denmark) have become a growing market for creative economy.

One of the global trends that European Strategy and Policy Analysis System (ESPAS) have defined is growing social inequality and in turn the increase of the complexity of social and economic systems through different trends. This leads to specific problems and challenges that countries will have to address. For example, climate change and global warming forces countries to revise their actions towards energy and health and nutrition issues, as well as geopolitical conflicts and cyber-attacks draws more attention to security of information and communication technology.

Another global trend that needs to be addressed is increasing urbanisation. When country’s population is concentrating around just one single city, it affects the organisation of production, services, transportation etc. Riga, the capital city of Latvia, for example, is concentrating more than 50%, possibly even more than 60%, of GDP production in relevance to the country, meaning that production is linked to just capital city.

This is where the concept of smart specialisation strategy (S3) can be applied. S3 is used:

The idea behind this is that it is necessary to identify specific fields of domains to meet specific global trends, and to develop industries that can implement such domains. It is an entrepreneurial discovery process, where relevant stakeholders are involved to develop this strategy to facilitate innovation process.

Important aspect of S3 is, that instead of struggling to be frontier inventors, developing regions should generate innovation complementarities, e.g., adoption of ICT or biotech. Such complementarities may be less overly innovative, but they ultimately constitute the key to economic growth in the region. The prerequisite of being able to develop general purpose technologies is research and knowledge capacity, which developing regions often lack. S3 advises these regions to be “a followers” that does not develop innovation, but rather use the co-invention aspect of existing specific innovations. For example, it is very unlikely that small regions will invent artificial intelligence, as they lack capacity, but it is very realistic to implement it and to use it, becoming a leader in applying this innovation in a specific region. And this is what regions should focus on.

“GoSmart BSR” project that is being carried out in 7 countries of Baltic Sea Region addresses most critical and vulnerable actors dealing with S3 – SMEs, which lag behind in respect to other players in terms of innovation activities and investments into R&D. “GoSmart BSR” consortium have developed a methodology that will help identify and implement Trans-S3. Transnational Innovation Brokerage System is being tested in 7 regions and it is planned to be the main tool that supports the innovativeness of SME groups across regions and countries, and strategic instrument to address the challenging global trends.

Click on the video to see full Dr.J.Wedemeier’s speech. 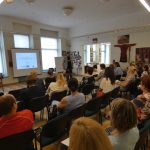 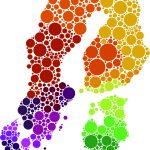 GoSmart BSR will be presented in StockholmNews
We use cookies to ensure that we give you the best experience on our website. If you continue to use this site we will assume that you are happy with it.I agree