How the potential of small and medium-sized enterprises can be strengthened? The answer is not unequivocal. Nevertheless, it is crucial. Without question SME’s growth is tantamount to growth of their competitiveness and innovativeness’ level.

GoSmart BSR, having regard to SME’s developmental needs, creates conception of TIBS (Transnational Innovation Broker System). Its task is to internationalise the business and go beyond the traditional exchange. It is because the internationalisation is currently considered as one of the most crucial factors that reinvigorates the enterprises’ development. Today, the internationalization is essentially the exchange of knowledge and experiences, sourcing know-how or creating new products. It is also the openness for new markets and new business models.

With this in mind, GoSmart BSR team from Poland commits to organizing project entitled ‘We internationalise Podlasie’ that takes place in Department of Engineering Management on Bialystok University of Technology. The aim of this project is to popularise and exchange the knowledge and experiences on internationalisation, and also to integrate various environments in the interest of internationalisation’s development, especially in the context of regional development. The action ‘We internationalise Podlasie’ has been scheduled on April 1st, 2019 till March 31st, 2020 and its integral part are open workshops. Its goal is to show complexity of internationalisation processes in micro- as well as macroscale. Scientists from Department of Engineering Management of Bialystok University of Technology, members of Advisory Board of GoSmart BSR project and representatives of the remaining entity from fourfold helix – the representatives of business, institutions of business’ environment and public sector are chairs of the open workshops. The workshop form should enable the exchange of knowledge and experiences in the range of internationalisation aspects having regard to different perspectives or viewpoints. The subject area includes wide thematic scope containing such issues as cultivation of intelligent specialisations, explaining typical strategies of intelligent specialisations, conditioning, support instruments, limiting factors and general results of internationalisation processes in practice of different business entities. Each person engaged in internationalisation is project’s stakeholder. The workshops have been planned as a recurrent event.

GoSmart BSR team from Poland has plans of extending the initiative to trivia contest “The internationalisation is a challenge” for students at academic conference that they will take part in. The foregoing activities have already confirmed the attractiveness of the subject and interest on the part of all environments. It fosters their integration in the interest of internationalisation and enables to show the phenomenon from many perspectives. It also provides the possibility to popularise and promote the idea of GoSmart BSR as authentic project that ranks into current economic challenges, in the scale of regions and countries. 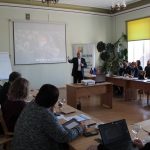 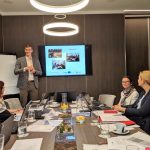 Innovation Brokers meet for transnational training in VilniusNews
We use cookies to ensure that we give you the best experience on our website. If you continue to use this site we will assume that you are happy with it.I agree