The study indicates that internationalization raises interest, but it also generates many problems that entrepreneurs need to deal with. The entrepreneurs that took part in the study indicated several barriers that hamper or even make it impossible to establish business activity on foreign markets.

In the opinion of the respondents, the most important barrier in the implementation of projects on foreign markets is the financial barrier. Internationalization-related expenditures (e.g. furnishing new facilities, increasing employment levels, introducing specific changes in the organization's structure) may deter enterprises from international expansion, but also impede the implementation of market strategies and achieving the assumed competitive position. Lack of sufficient financial resources may also extend the planned activities over time, which may ultimately affect their effectiveness.

Another group of internal barriers is the information (knowledge) barriers. According to the surveyed company representatives, they experience a lack of knowledge in the field of legal and financial regulations, about the market and clients. These knowledge gaps can become a source of market errors and, therefore, generate significant additional costs. In addition, insufficient language competences of SME employees are a significant barrier. 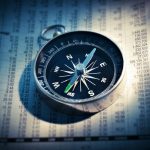 The Uppsala model vs. the network approach in the process of internationalization 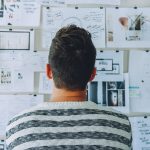 Smart Specialisation Strategy – bibliometric analysis & GoSmart BSR project practices
We use cookies to ensure that we give you the best experience on our website. If you continue to use this site we will assume that you are happy with it.I agree