First regional kick-off conference was held in Bialystok, Poland. In the venue of Bialystok University of Technology more than eighty participants were listening and discussing the assumptions, aims and planned activities of GoSmart BSR project.

It was an honor to host regional authorities of Podlasie, such as the Marshal and the Regional Representative of Central Government, and an extraordinary pleasure to host Dr. Elke von Kuick from District of Hamburg Altona, associated with a German project partner – Hamburg Institute of International Economics. Among guests there were the rectors of universities and plenty of CEOs as well as other project stakeholders.

This conference established a lot new contacts and relations between stakeholders of Bialystok region, shared inspiring thoughts and ideas! It is confirmed that all the authorities, entrepreneurs and members of universities are looking forward to the next project steps and are hoping for a real impact on regional economy. 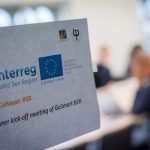 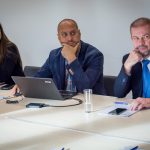